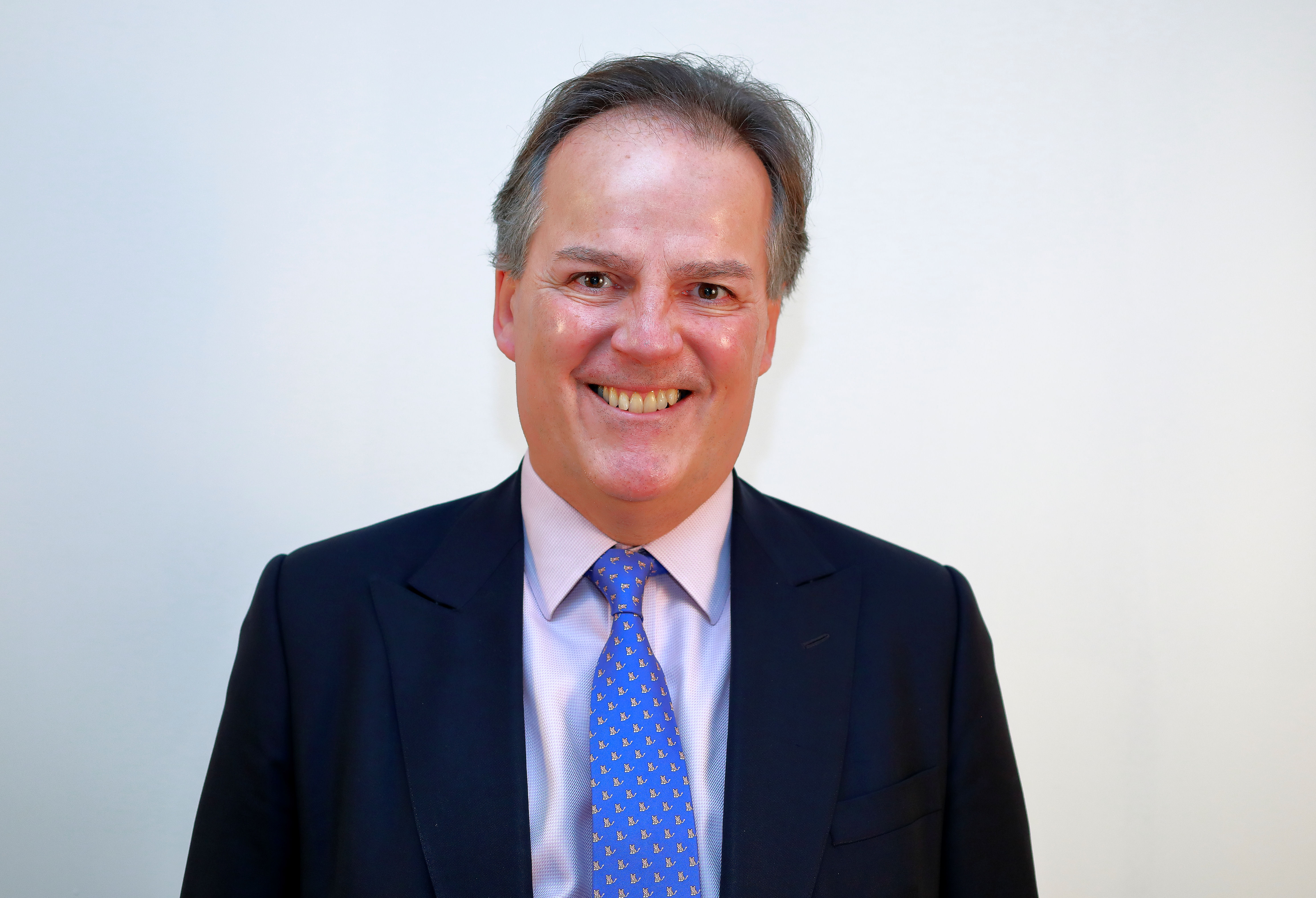 What Lies Ahead for the UK? - An Update from The Right Honourable Mark Field

With the new UK Prime Minister now confirmed, Capital International Bank's Chairman and former Minister of State at the Foreign Office, the Right Honourable Mark Field, has provided an update on how he thinks the Tory Party will handle the challenges the UK economy is facing:

How will historians make sense of the unremitting political turbulence that has engulfed the UK since the EU referendum in June 2016?

Well, it is instructive to step back from the trauma that has played out exclusively in the Conservative Party these past six years. The UK is now on to its fourth Prime Minister; during this time two General Elections have taken place; each new Premier has presented themselves as a fresh start, disowning the record of the previous government they have served in; yet each administration has rapidly been bogged down in its attempts to reconcile hardline Brexit ideology with the demands of economic and diplomatic reality.

For the centre-right in UK politics, Brexit always represented an unlikely, implausible and perhaps incompatible merger of two distinct political forces. A Conservative Party that instinctively respects tradition, history and the pillars of the establishment and an insurrectionist force that wilfully dismissed expert opinion and regarded itself as the scourge of scaremongering, complacent orthodoxy as epitomised by our acceptance of steadily centralising EU institutions.

Boris Johnson's talent for infectiously effusive and bombastic campaigning represented and encapsulated both of these things at once. In what may prove unique circumstances in December 2019, he was the figurehead of a startling victory defying usual political gravity. The Tory vote share increased for the sixth consecutive election, and he secured the largest majority in over three decades by winning a swathe of two dozen constituencies in the North, the Midlands and Wales that had been reliably Labour since the Second World War. His traumatic ejection from office and the stark reality that so many Conservative Party members in the country were, and remain, unreconciled to the fact and manner of his defenestration weighed heavily on the campaign to replace him.

Elizabeth Truss has emerged as his successor by skilfully crafting her appeal as the candidate of change whilst also identifying as loyal to her predecessor. In a replay of the successful tactics used in summer 2016, her team was able to paint her opponent, Rishi Sunak, the committed Brexiteer whose resignation on 5 July triggered the final collapse in confidence in Boris Johnson, as pessimistic, inflexible and elitist in the eyes of a majority of the 170,000 Party stalwarts.

In contrast to some of the coverage she has received over the eight years she has served in cabinet, Truss is a highly intelligent, immensely energetic and pragmatic politician with a genuine passion for ideas and policy development. Her track record is, however, more mixed in delivery and implementation which will be key to the immediate success or otherwise of the government she now leads.

As International Trade Secretary and during the past twelve months heading the Foreign Office she has adopted an impulsive, forthright, buccaneering style similar to that of her predecessor – as a free trade globalist with instincts well-tuned to the party grassroots expect her to continue in a similar vein with keen support for strengthening economic and diplomatic ties with the Commonwealth, Overseas Territories and Crown Dependencies.

She will also double down on the Northern Ireland Protocol Bill (for which she has had Ministerial responsibility) regardless of fears that it will trigger an imminent trade war with our largest export market at the moment of maximum economic peril in the UK. This comes at a time when the UK already has the highest inflation in the G7, the lowest rate of economic growth and baked-in commitments for further lavish public spending. Whilst some Tory MPs still fervently believe in the free market, small state, low taxation tradition, many others from the fabled Red Wall take a more protectionist, interventionist, high-spending and levelling-up approach to economic life. This is the legacy of the Boris Johnson era, which the new prime minister will more likely emulate than distance herself from.

Whilst the new Prime Minister has consistently shown herself to be resilient in the face of political pressure, does she (or indeed any potential Leader at this turbulent juncture) have the capacity to rejuvenate a deeply divided and weary parliamentary party, increasingly fatalistic about its electoral prospects? More important still will she be able to lead and inspire the nation through the difficult economic times that are now upon us?

At the next general election the Tories will be seeking an improbable and unprecedented fifth consecutive mandate. The fact that our new Premier featured in the top two amongst her Parliamentary colleagues only in the all-important fifth of five ballots and initially appealed as first choice to fewer than 15% of her colleagues implies that any political honeymoon she has may prove very short, not least given the overflowing in-tray of serious domestic and international crises she inherits.

The unprecedentedly brutal nationwide leadership campaign with Rishi Sunak means a significant group on the backbenches will be unreconciled from day one to her leadership and his avid supporters will be a focal point for dissent during these troubled times.

Similarly Boris Johnson will, for now, be languishing out of office. Whilst his abiding wish in recent weeks was to stop the Sunak bandwagon, his future support for the new PM may be more conditional. A narrative is already being worked up that despite his getting Brexit done, having rolled out a globally innovative vaccine programme and provided international leadership over Ukraine, he has been stabbed in the back by political opponents in his Party. If and when things get tough for his successor Boris will be waiting in the wings. At the best of times he has never been one for sticking to the party line or unreserved loyalty to the Leadership (other than during his own tenure at Downing Street) and he will continue to enthral the media with every utterance in the months ahead.

Moreover, PM Truss’s extensive policy ambitions require the luxury of time - and like her predecessor she is an instinctive risk-taker - so it would be unwise to rule out entirely the prospect of a snap General Election being called within weeks especially if she benefits from the polling boost that accompanies most new Prime Ministers. What may also weigh heavily on her mind is that an election would be the most effective means of imposing the all-important discipline of loyalty on her traumatised parliamentary party. It is also worth remembering that as a consequence of still unresolved sexual assault claims as many as three highly challenging by-elections in Conservative-held seats potentially loom in the months ahead. The risk of morale sapping reverses at the polls might in this way be avoided at a stroke.

So in an ever uncertain world, there is one thing of which we can be sure - political life in the months ahead will be anything but dull!

How are you preparing for challenging economic conditions that lie ahead?

Join us for a free live broadcast on 14th September where Mark Field will be joined by our Chief Investment Officer, David Long as well as Group CEO, Greg Ellison, to summarise what investors and professionals need to know about the state of the UK economy. Click here to secure your free ticket.

Capital International Bank Limited is licensed by the Isle of Man Financial Services Authority and operates as a non-retail, restricted deposit taker under a Class 1 (2) licence. Deposits are not covered by the Isle of Man Depositors’ Compensation Scheme and terms and conditions apply.

The Right Honourable Mark Field has been appointed Chairman of CIB Limited.

The Right Honourable Mark Field has been appointed Chairman of CIB Limited.

To mark International Women's Day, we've been asking our team to tell us about the women that inspire them.

To mark International Women's Day, we've been asking our team to tell us about the women that inspire them.

Group CEO, Greg Ellison, appears in Leaders Council podcast alongside Sir Andrew Strauss. Greg reveals what it's like to be a business leader in the finance industry today and what role leadership has played throughout his career.

Group CEO, Greg Ellison, appears in Leaders Council podcast alongside Sir Andrew Strauss. Greg reveals what it's like to be a business leader in the finance industry today and what role leadership has played throughout his career.